Gary Wiley hails most recently from Merchantville, New Jersey (outside of Philadelphia) and is married to Charlotte, his wife of 42 years. They have three adult children and ten grandchildren. Gary was born in Illinois and grew up in Indiana, Oregon, Pennsylvania and Suriname (South America). He is a graduate of Indiana Wesleyan University in Marion, Indiana, (B.S. in History and Social Studies) where he met Charlotte. After their wedding and Charlotte’s graduation with a B.S. in Nursing (1980), Gary attended Asbury Theological Seminary (Master of Divinity) in Wilmore, Kentucky. Gary pastored a Wesleyan church in Middleville, Michigan for four years before the Wileys left in 1987 with their two daughters for San José, Costa Rica, to study Spanish. After a year of study, their next stop was Lima, Peru, where they served as Wesleyan missionaries until 2001. They adopted their son in Peru. In 2002 they moved to New York City and were involved in church ministry. In 2013, Gary began a journey that took him from Protestant Evangelical pastoral ministry to consider the truths of the Roman Catholic Church. At the 2016 Easter Vigil Gary and Charlotte professed their faith in the One, Holy, Catholic and Apostolic Church. After working for a start-up health insurance company for two years, the Wileys moved to South Jersey in 2017 so Gary could work with American Bible Society in Philadelphia. Gary is passionate about his Catholic faith and sharing the good news of Jesus Christ with others. 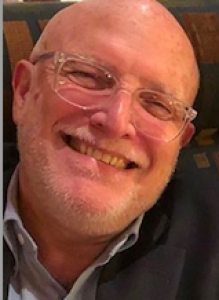